Georgi Baev (1924-2007) was born in Bourgas He has graduated in 1949 in the painting Department at the Academy of Fine Arts in Sofia, Prof.s I. Petrov and D.Uzunov Class.

His works are propety of the most famous galleries - the Hermitage, Pushkin Museum, The Chicago Museum, etc as well as some private collections in London, Paris, Zurich, Hamburg, Cologne, Vienna, Tokyo, New York, Philadelphia, and all Bulgarian Galleries. 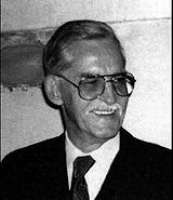